last friday, we stopped by the riding school in the little town where we're going to live. we just wanted to see what it was like and talk to them about getting started when we move over there in may. luckily, the nice riding instructor said sabin could take a trial lesson immediately, joining in with a group lesson that was starting in 30 minutes. and she led sabin over to the stable, where she introduced her to a horse named bonnie and sabin got to ride right away, even tho' she was wearing rubber boots, leggings and a dress and had to borrow a helmet. they're a bit more rough around the edges over there, but bonnie was a nice horse and sabin had a good ride. sabin will start "pony games" on monday evenings and will have another regular lesson a week when we move over in may. 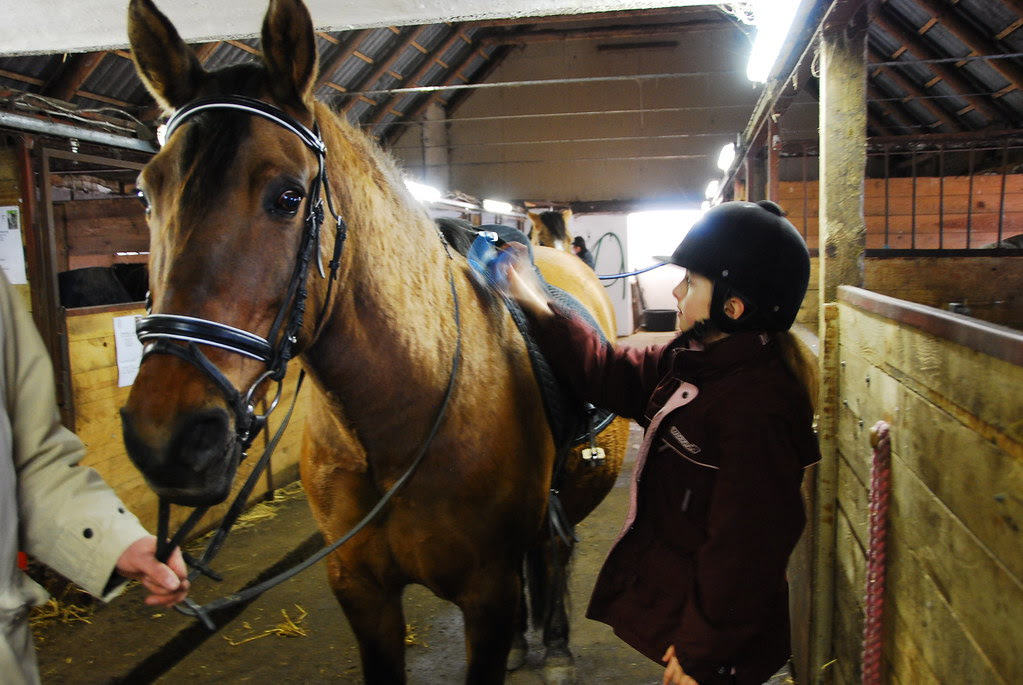 bonnie in the narrow aisle of the stable. 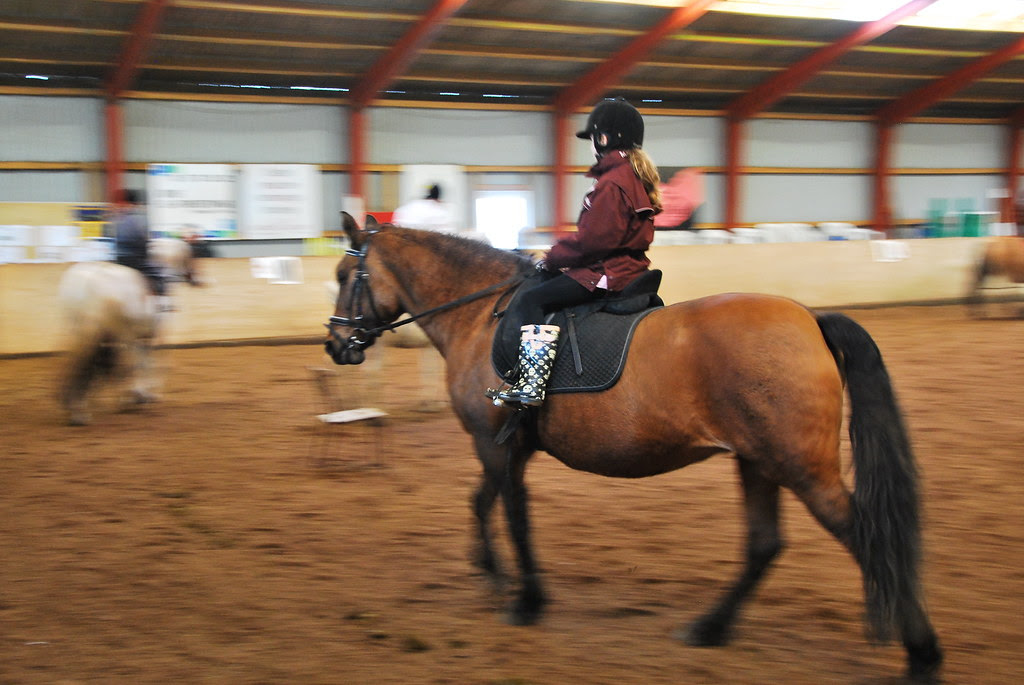 sabin riding bonnie - the arena at the new riding school is much larger than at the old one. 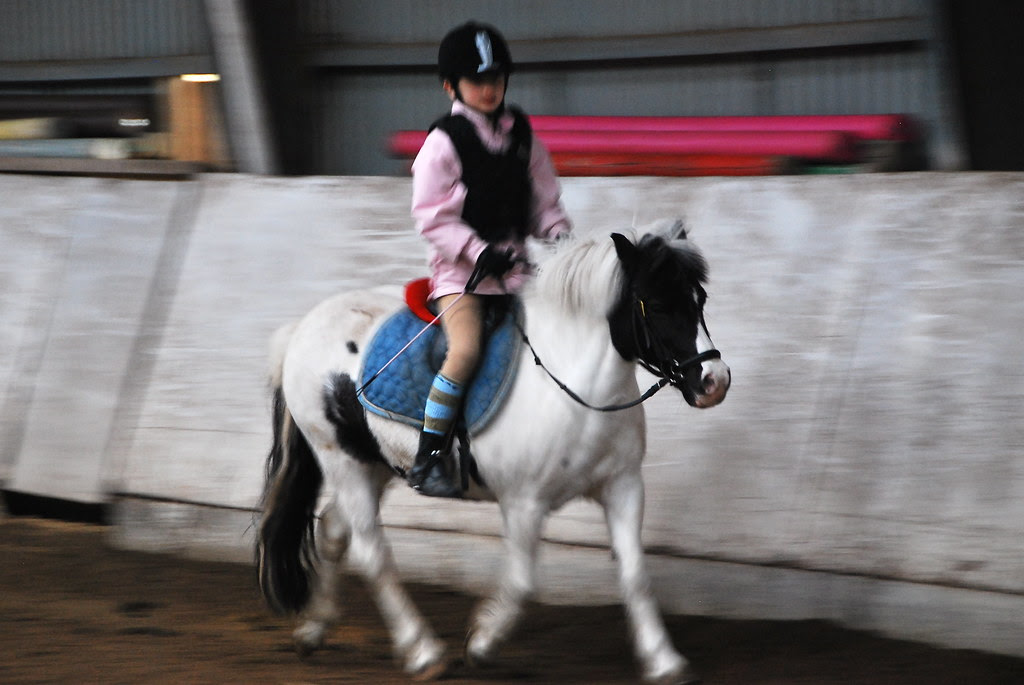 riding bella at lessons on saturday. it was her first time on the steady little black & white pony. 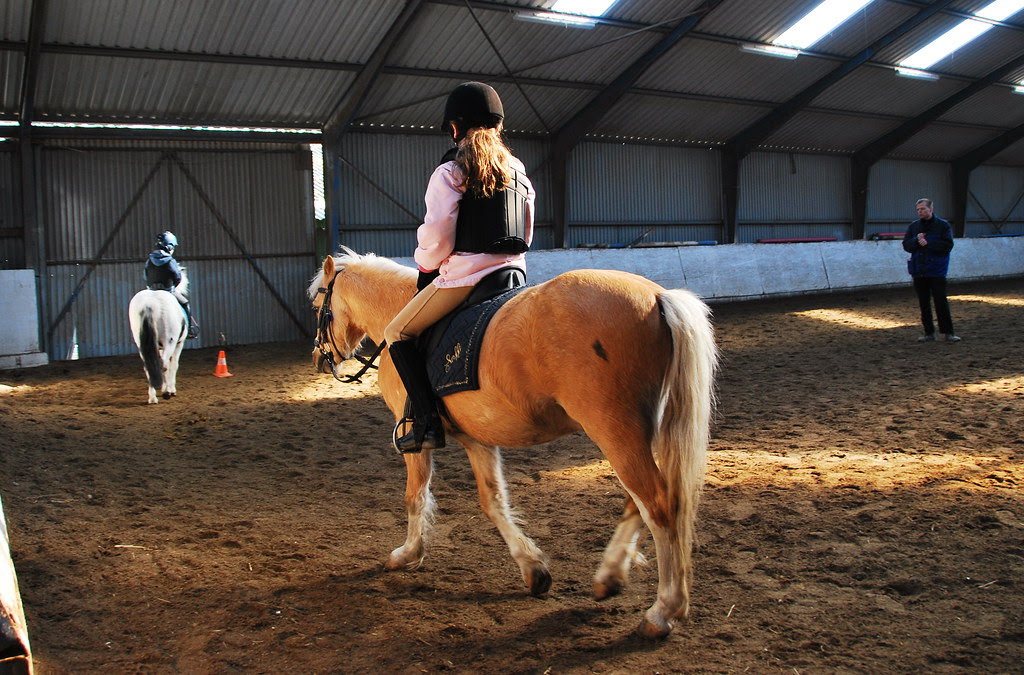 a recent lesson on sjaik - she really loves him at the moment. he's a super pony.
one of those worth their weight in gold.
but she's already a bit big for him. 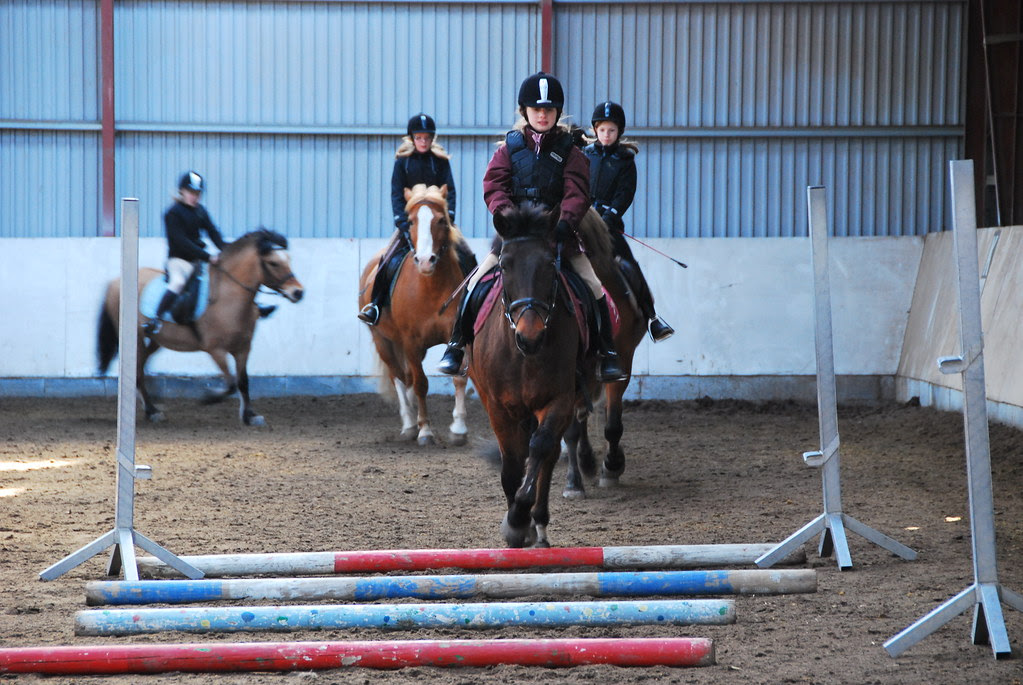 a bit of jumping on sunday on zidan.
he was back to his normal, agreeable self and they had a great ride.
sabin really has chemistry with him.

i took a small video of sunday's jumping, but have to figure out how to turn it into a movie that i can share. google photo uploader not working at the moment anyway, so even if it was done, i couldn't share. but i will share soon.
Posted by julochka at 10:20 AM No comments: