Posted by julochka at 7:05 PM No comments:

we spent friday at the free land museum in copenhagen - they have moved farmhouses from all over denmark and southern sweden and reconstructed them as an open-air museum. it's fabulous and very inspiring if you yourself happen to have bought a really old farmhouse that needs some major restoration. sabin spotted a big stone and wanted to "play statue," so here you have her, as a rather lively statue: 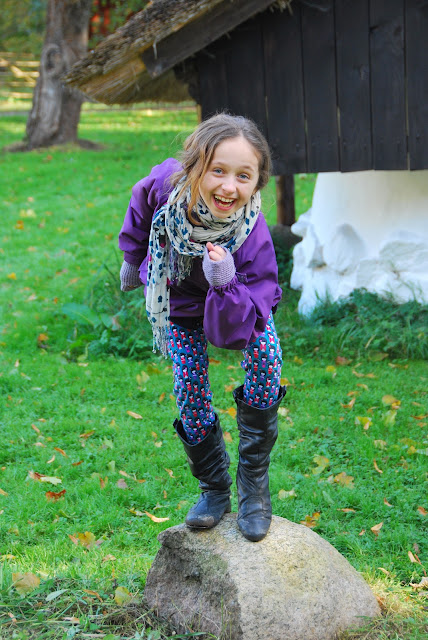 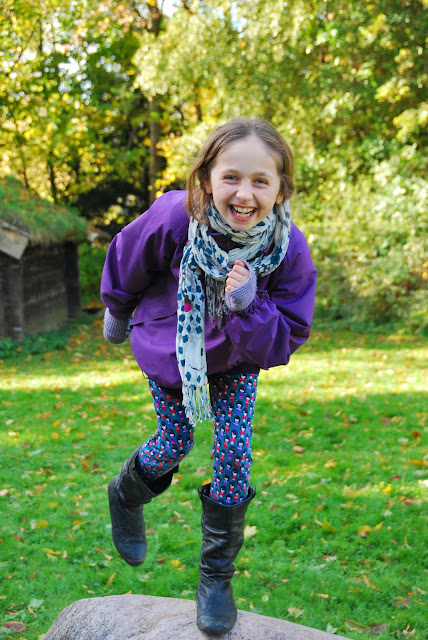 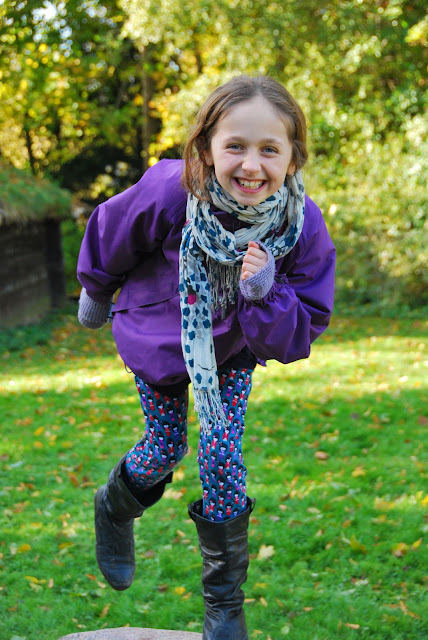 she's wearing some of the multiple pairs of leggings we've sewn for her of late. she actually cut these out and sewed most of this pair herself. she loves them so much, she wore them for three days in a row!
Posted by julochka at 11:51 PM No comments: