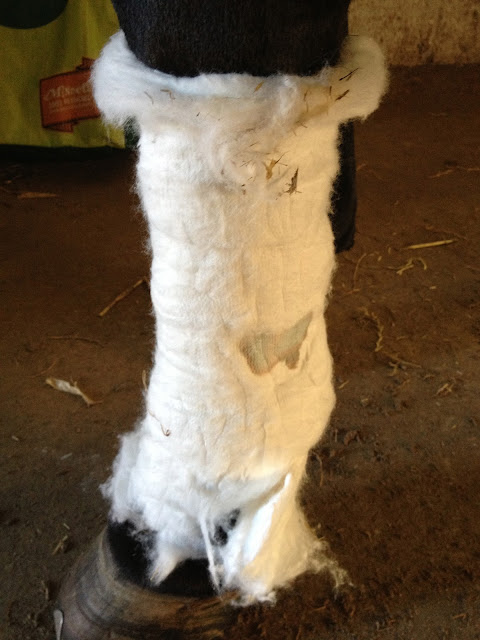 a week and a half ago, we loaded matilde up to take her to sabin's lesson. everything was fine. we got there, saddled her up and began to warm her up. it was at that point we discovered, much to our dismay, that she was limping in the left front at the trot. 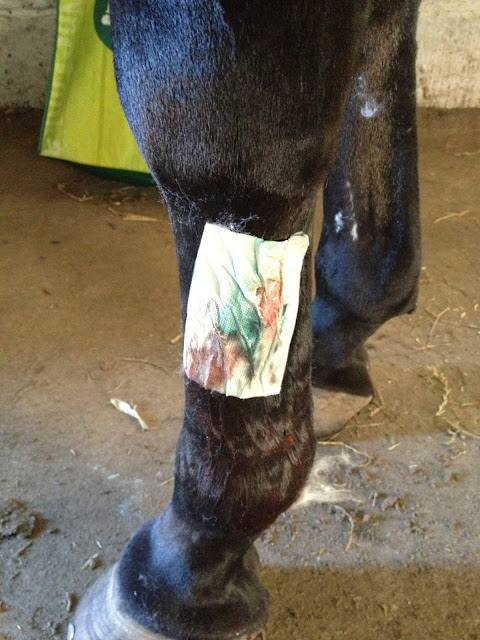 that day, both sabin's trainer and i felt her leg and couldn't find anything wrong. there was a strip of mud (it's VERY muddy these days) on her leg that i had had trouble brushing off and i thought she had scraped off the fur in that spot. there was no swelling and no hot spots. and she wasn't lame at the walk. 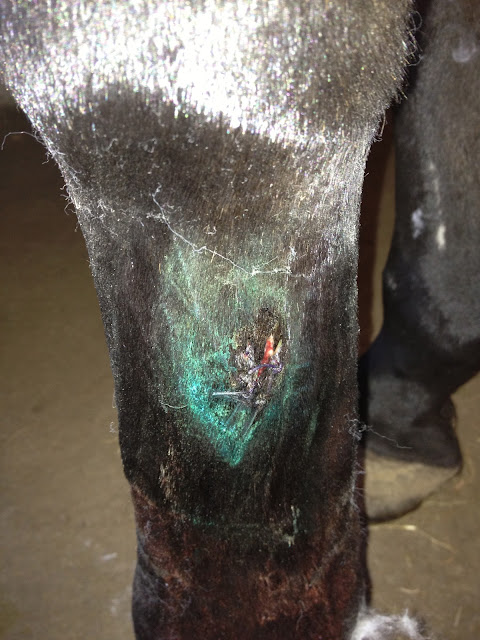 i thought she's just bumped herself somehow, bruised something and needed a few days off. but the next day, when they went to turn her out at the stable, they noticed that her leg was all swollen. jytte ran her hand down the leg and it came up quite bloody and she noticed a gaping hole. she called me immediately and then i called the vet. he came out and put three stitches in the gaping hole and bandaged up her leg. 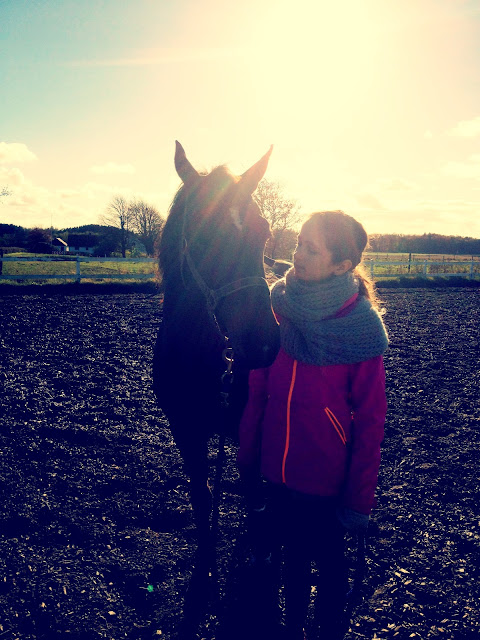 she was heavily dosed with antibiotics (the swelling that day was pretty serious and he couldn't see exactly what was wrong with her) and gave her a 5-day course of antibiotic paste. we were pretty shocked because there had been no hole and no sign of anything (not even the scraped-off hide i had thought was there) the night before. when we got back from her lesson, we soaked her leg in a bucket of warm, soapy water and there was nothing. matilde likes those soaks - it's like a horse spa treatment. 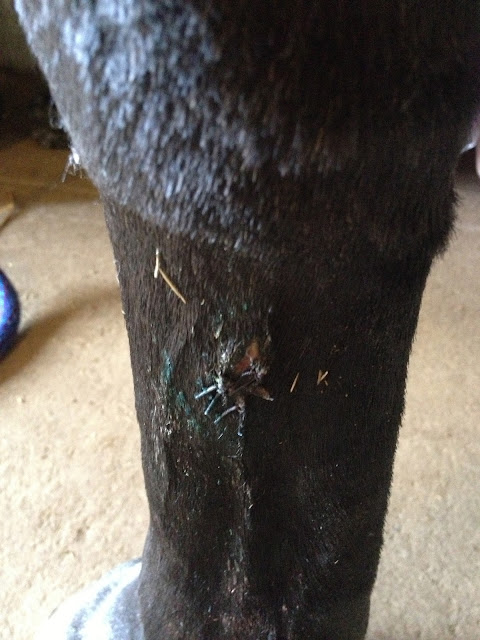 the vet thought she must have had a sliver of some sort in there and it got infected and finally burst out on friday morning, the day after she showed the lameness. it is so strange because there really was no sign of anything - no heat and no swelling on thursday at the lesson, no sign by the lameness, which was actually quite slight (tho' bad enough that we didn't have our lesson). 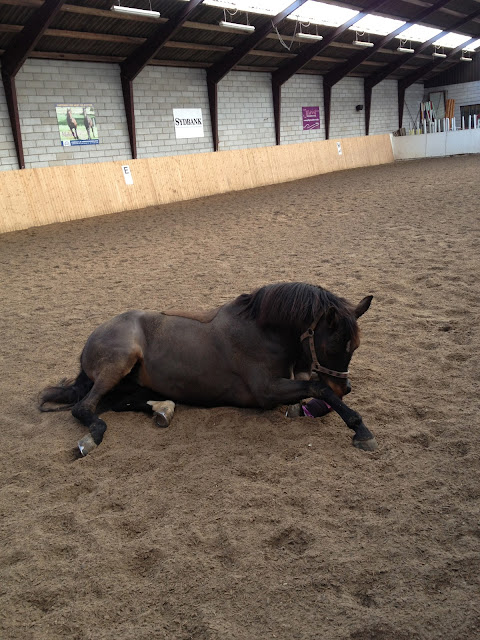 already the day after she got her stitches, the swelling was completely down and she was on the mend. we've been rewrapping and protecting the wound for 10 days now and keeping her out of the muddy paddock and she will have her stitches out tomorrow. it's so muddy and horrible outside that poor matilde has only been turned out briefly in the indoor arena for 10 days now. the first thing she does is roll, my how she loves that. 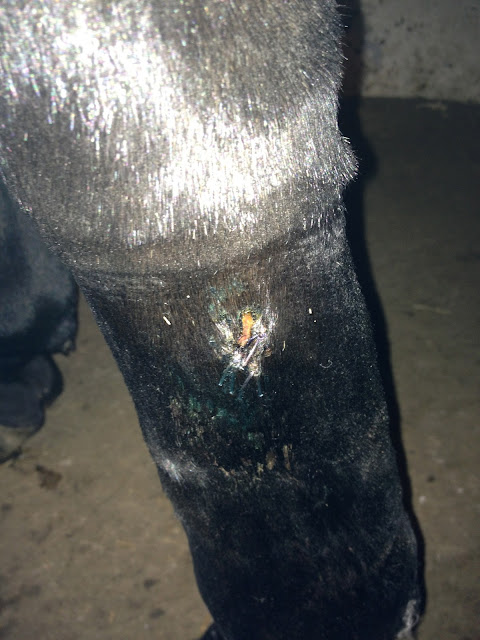 the wound is healing nicely, as you can see in these progressive shots. but then last thursday, i noticed some swelling on her leg. and yesterday, a new spot opened up (tho' not so dramatically as the first - and not requiring stitches) and it was bleeding and weeping fluid. this is such a mysterious injury, i don't know what to make of it. 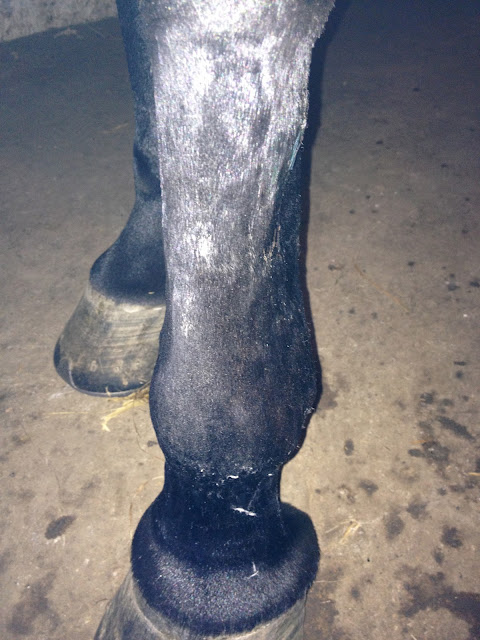 the new spot is lower down and more on the front of her leg, down just above her ankle. it was much better today and no longer weeping or bleeding. the vet will come tomorrow and take out her stitches and look at the new spot. we don't know what she might have gotten into - some kind of slivers or splinters, tho' there was nothing visible in her field or her stall. it's really a mystery and she's not talking. 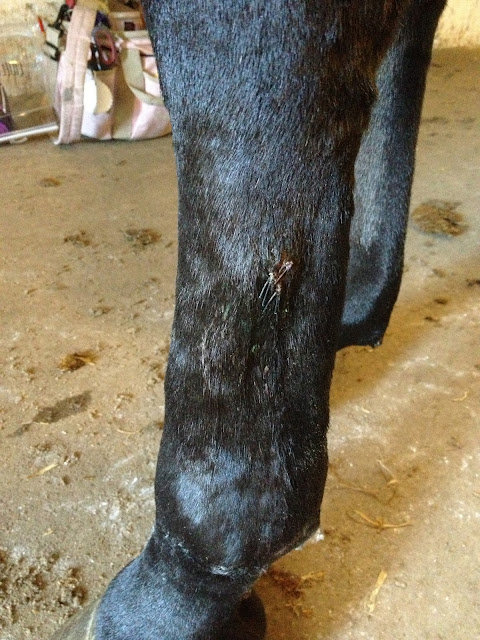 you can see a little bump of swelling there on the front of her cannon bone. she's still not lame at the walk, but is a bit tender and favoring it at the trot. 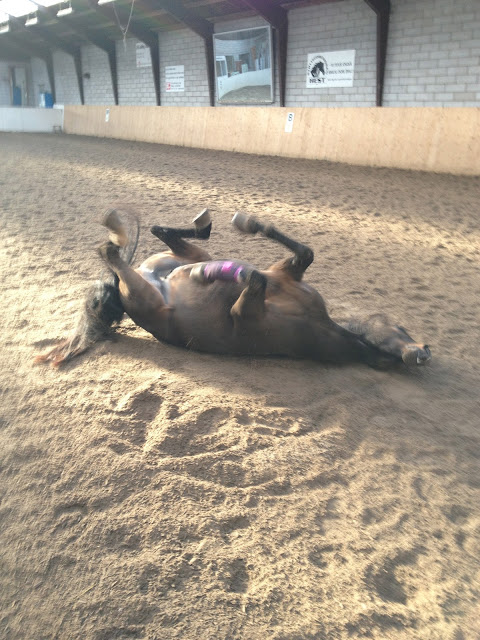 she has no trouble rolling with great relish. she loves to roll so much it almost makes me want to roll as well. 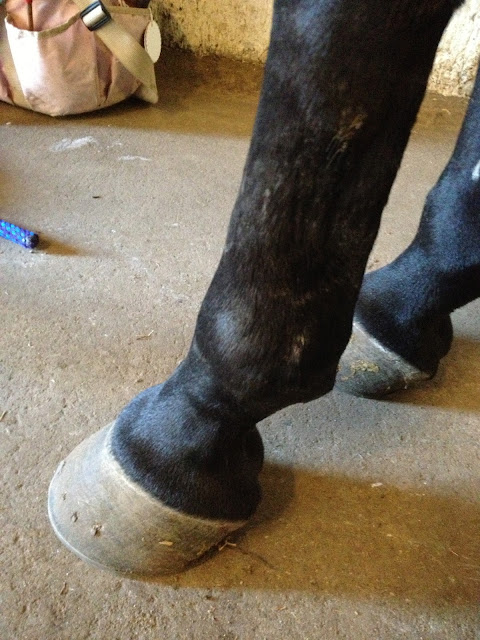 the swelling on the front was mostly down today and it was no longer weeping any fluids or blood. but we'll see what the vet says tomorrow. 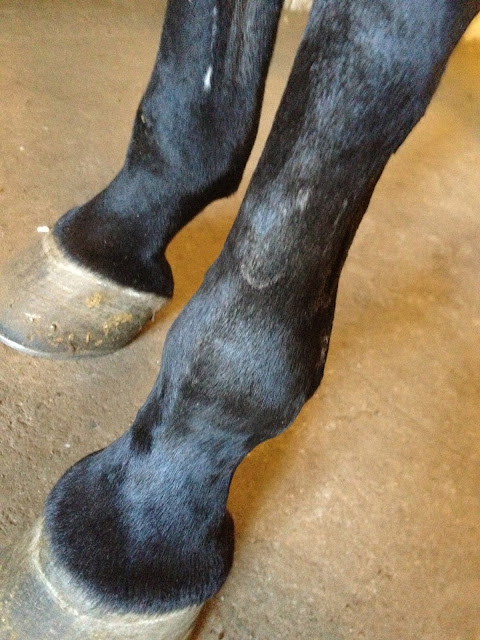 in the photos, i can see a sort of u-shaped mark there where the blood was coming from. i wasn't really able to see looking at it in person. i wonder if she somehow hit herself on something (something we can't see). she doesn't even have another horse next to her anymore, so i can't see what she could have done to herself in her stall. 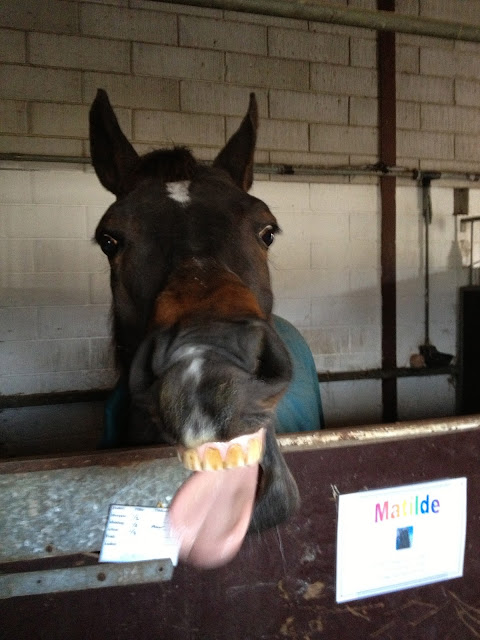 she's taking the whole thing quite well, enjoying standing in the barn alone (she actually wishes there were no other horses), munching hay and being pampered. but i do wish she'd tell us what happened.
Posted by julochka at 10:14 PM

Email ThisBlogThis!Share to TwitterShare to FacebookShare to Pinterest
Labels: horses are a money pit, matilde the wonder horse