we went to møn's klint today 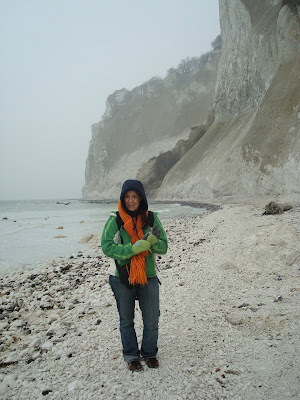 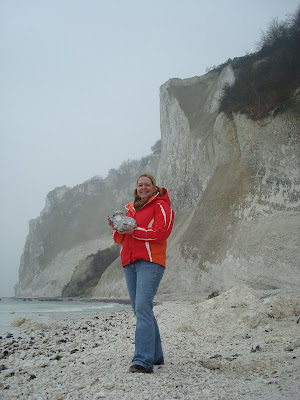 julie poses with a sample rock which was (thankfully) left on the beach and not lugged up 574 (did we mention 574!!! stairs). 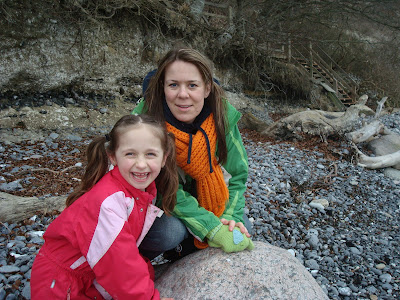 monica and sabin at the bottom of the other monster set of stairs which we came down. monica's sitting down because her legs wouldn't hold her at this point--all shaky from coming down the stairs. 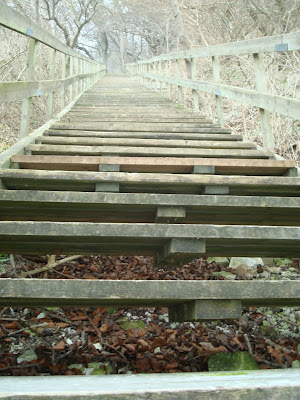 here are just SOME of the stairs.

yes, we went to the beach in the winter. not that this has been much of a winter. there's a saying in danish that there's no such thing as bad weather, only being dressed wrongly for it. hence sabin's snowsuit. we were wearing long underwear, but still got rather cold in the end. in all, tho', it was a wonderful winter's day at the beach in denmark.