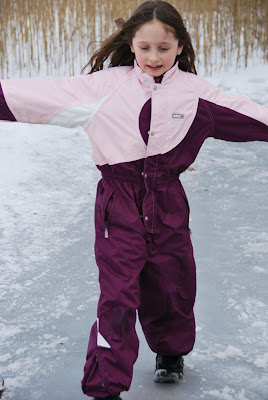 made some really good bread this weekend, it's from a danish t.v. cooking show called "buns of steel" that's currently airing on DR2--8 episodes, all about bread.  this one's called "nix pille," which means "don't touch."

that means it's easy peasy.


don't touch bread
1.5 cups lukewarm water
1 pinch of yeast (she uses a shockingly small amount--i didn't quite dare, i used two pinches of those blocks of fresh yeast--maybe a teaspoon of dried if that's what you have)
1 pinch of salt
2 full cups of flour  (can be a mix of wheat or spelt flour and plain, normal flour)
mix the water and the yeast together in a large bowl that's suitable for leaving the dough in to rise, then add the flour and salt. stir it only enough to mix the ingredients together. it's a very wet dough. don't be alarmed by this.
cover with a towel and leave it alone for at least 18 hours, just on the counter, not in an especially cool or warm spot. it will get really bubbly. after 18+ hours, turn it out onto a floured surface and work it a bit--not heavy kneading, just fold it over onto itself a number of times, then leave it to rest again on the conter for 20 minutes.
after 20 minutes, fold it in onto itself until it forms a rather tight ball and you feel you can't fold it in on itself again. take care not to add too much flour during this process, just flour your hands to keep them from getting too sticky, but remember this is a rather wet dough.  place the dough ball into a greased bowl and set it in a warm place to rise.
when it's double in size, heat a heavy dutch oven or other lidded pot in the oven to 250C (that's probably close to 400F), then put your dough into the heated pot, place the lid on and bake for 30 minutes. remove the lid and finish baking (another 10-15 was what it took in my oven).
it made a bread very like the consistency of sinna's famous bread. and i didn't even get a chance to photograph it because it was gobbled down so fast. sabin ate a good 3/4 of the loaf herself. i've already got batch #2 bubbling away in a bowl--this time i used half spelt flour and half ordinary.  it's easy and delicious. 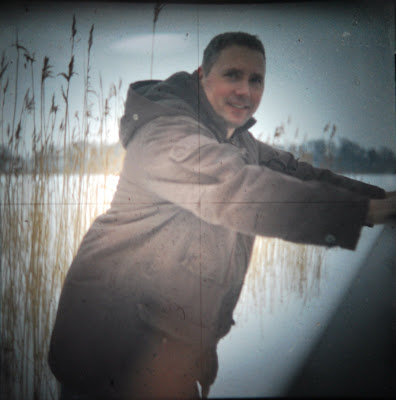 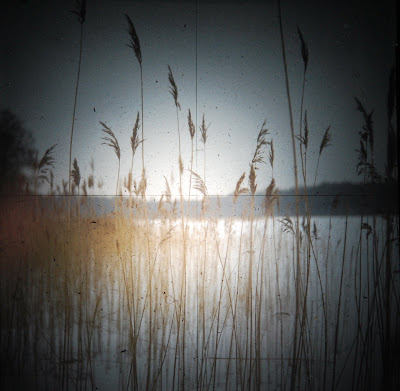 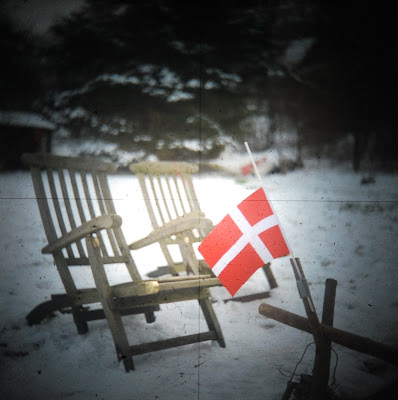 these pictures have nothing to do with the recipe, i just don't like to post without pictures. the bottom ones are through the viewfinder of my rolleicord TLR out at buresø. that snow's already gone after how warm it was today.
Posted by julochka at 1:19 AM

mmmm. Isneaked a break from work to read your blog, which led to me getting up and starting this bread, which led to me realising that its actually lunchtime (can be any time between 12 and 2), which means it will be a while before I get back to pondering sustainable cities in Africa.
Sure the bread will be worth it! It seems like so few ingredients, though...