an eventful weekend of riding lessons

it's not really all that much warmer, but we've convinced sabin to return to her riding lessons. on saturday, there were only four small girls there, so they had a lesson on the lunge line for the first time. they used a vaulting surcingle and even got to try standing up on the horse! sadly, i only had my iPhone along, so i don't have great pictures of it, but i do have this one: 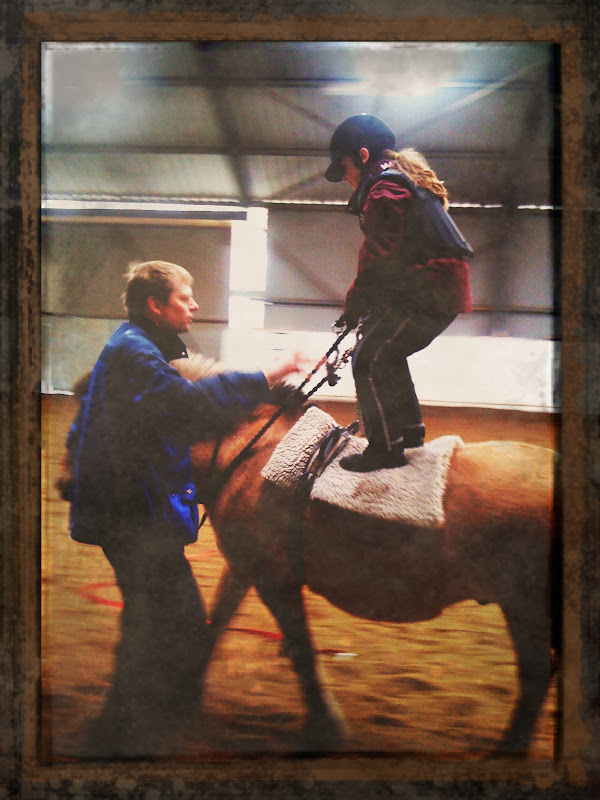 sabin's saturday teacher is the son of the woman who owns the stable and he's SO great with the kids. we're just so pleased with all of the different instructors sabin has had there, top quality all of them in their own way. and the horses, i can't say enough good about the quality of the lesson horses either. sabin's ridden such a variety - from warmbloods to this icelandic pony to a beautiful palomino pony on sunday. his name is sjaek (sheik) and as you can see, she was really pleased to ride him. she had previously prided herself on only riding the big horses, but her ride on sjaek was just the thing to give her back her confidence after a couple of super cold lessons on frisky horses with freezing fingers. he's really a super pony and she had a great ride. 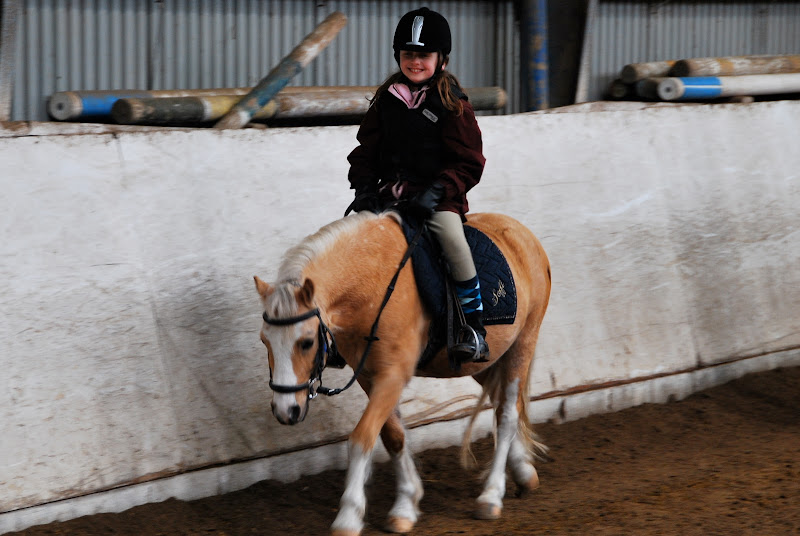 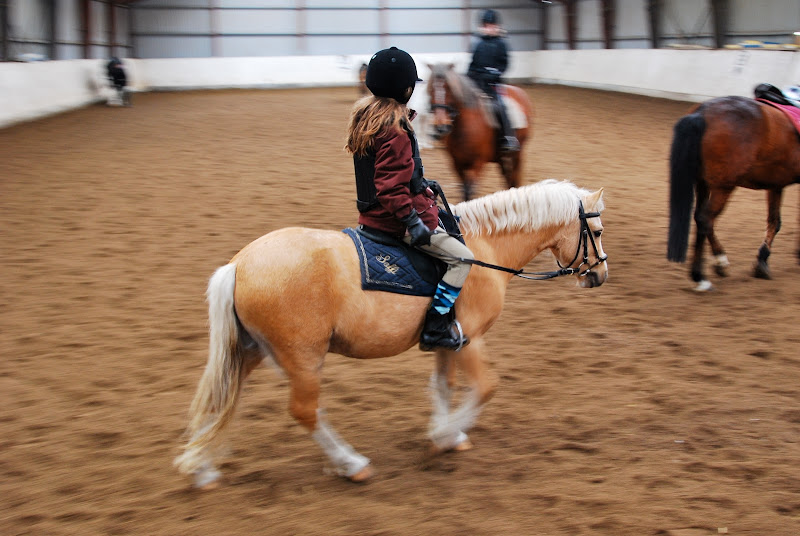 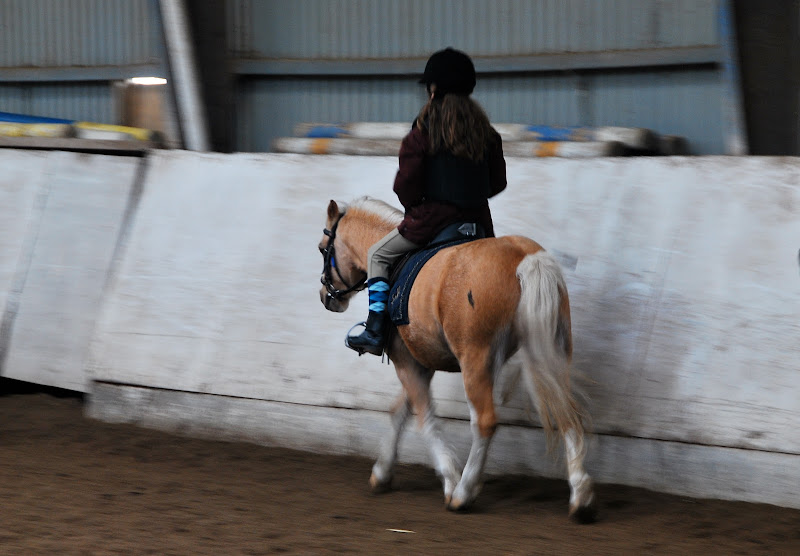